Message for World Week for Peace in Palestine and Israel 2015

Dear sisters and brothers in Christ,

I write to you on the occasion of the upcoming World Week for Peace in Palestine and Israel (WWPPI). I have participated in such prayers myself, knowing that prayer is the strongest expression of our commitment to a just peace. In our common journey on our “Pilgrimage of Justice and Peace”, many member churches of the WCC have made peace with justice in Israel and Palestine a top priority. The global church effort to promote awareness and advocacy informed by the perspectives of Christians in Palestine and Israel is growing. The voice of the churches is being received in many national and international arenas. The WWPPI provides us with an opportunity to focus our efforts in order to amplify our global solidarity. I therefore encourage your full participation in this significant week of witness and peace building.

This Saturday morning, Christians from many different churches from many Christian families will gather at Beir Ouna in the Cremisan Valley. That land is part of Beit Jala, a town close to Bethlehem. This gathering of faithful Christians will take place under the eye of Israeli security forces there to protect the equipment being used to remove centuries-old olive trees from land owned by Palestinian Christians to make way for the latest segment of Israel’s separation barrier. The security forces, armed to the teeth with both military weapons and crowd-control tools like tear gas and stun grenades, will be confronted with the Bible and with prayer. This strategic, nonviolent witness is intended to confront not only those individual soldiers and police but the unjust structures and systems supporting Israel’s illegal occupation of Palestinian land.

The past few years have been particularly difficult for the Middle East, especially for communities in Iraq and Syria. Over the past two weeks, we have seen tremendous numbers of refugees seeking new lives in Europe. This tremendous exodus of refugees indicates just how difficult their lives have become. As churches, we must not forget to address the fundamental concern of the Israeli-Palestinian conflict. Resolution of this conflict, if it is a just peace agreement, will contribute significantly to solving other problems of the Middle East. It will remove one of the sources of conflict that could lead to religious extremism, thus promoting peace in the region and beyond.

What shall we do? When we are standing in the Cremisan Valley in a cloud of teargas with stun grenades exploding all around, we might lift our “eyes to the hills,” asking “from where will my help come?” (Ps. 121.1). The overwhelming coalition of worldly power that sustains Israel’s expanding occupation can seem all-powerful. But we know that we will not be left alone. We know that the Christians of the Cremisan Valley and the churches to which they belong will not be defeated by manipulations of legal systems. It is essential, however, that they and other Christians in the Middle East know that they are not alone. It is essential that they know that their sisters and brothers are heeding the call to “speak out for those who cannot speak, for the rights of all the destitute” (Prov. 31.8). In this, we are encouraged because we know that God’s victory has already been won since, by faith, “whatever is born of God conquers the world” (1 John 5.4). As Ephesians says, “He . . . has broken down the dividing wall.”

It is our sincere desire and prayer, shared with many Jews and Muslims, that there should be no hostilities among neighbours in Israel and Palestine, and beyond, in the whole Middle East region. For this to be the case, justice and peace must always be understood and treated as inseparable. We pray and work for the peace desperately needed by both Palestinians and Israelis. As we pray that the wall will fall, I appeal to you to promote participation in this year’s WWPPI. I hope that you will be strengthened in your solidarity and that practical steps will soon be taken for the establishment of a just peace in Palestine and Israel and the whole Middle East region. 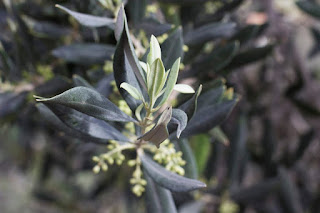 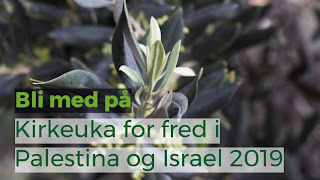 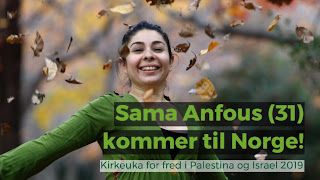